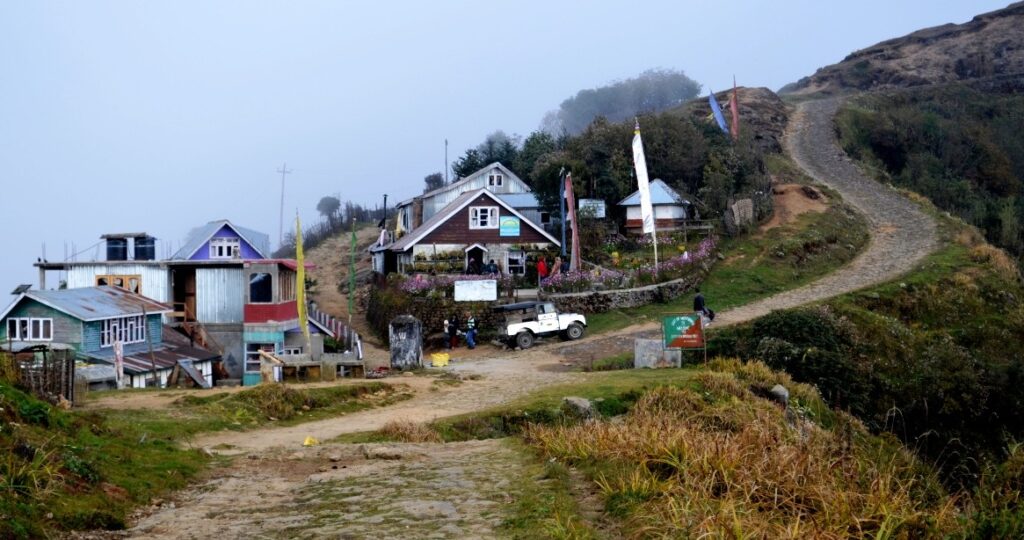 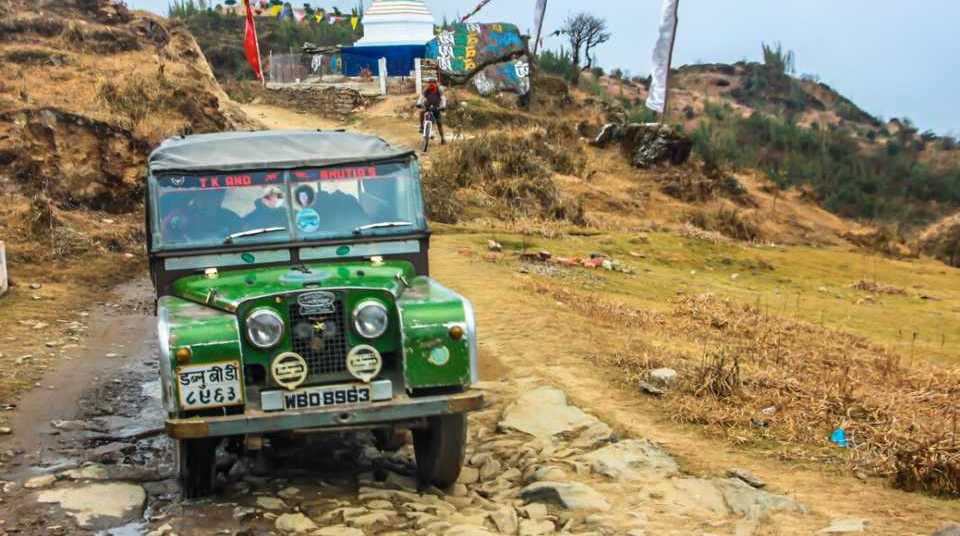 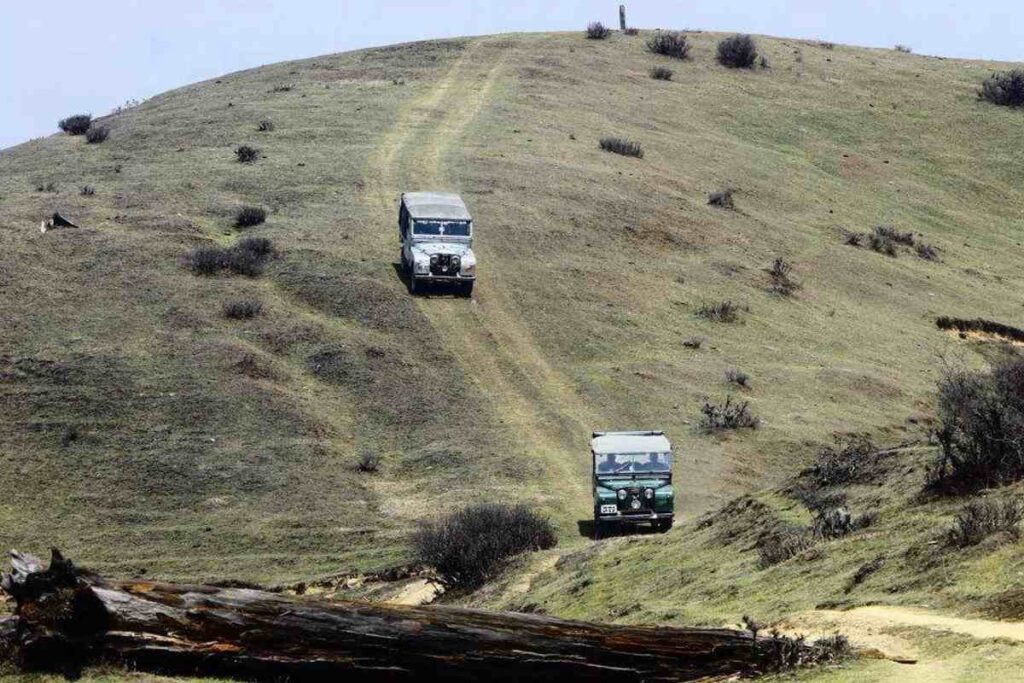 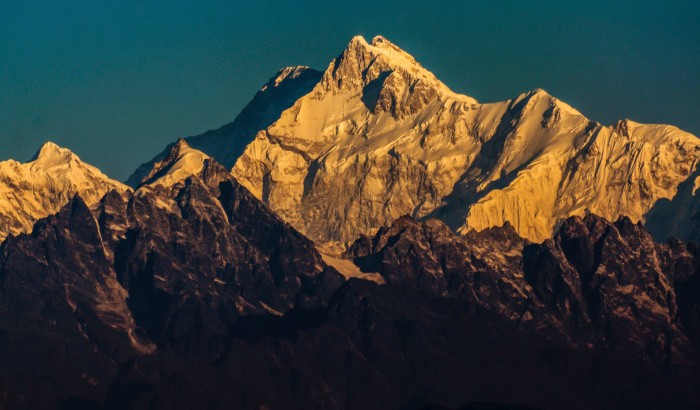 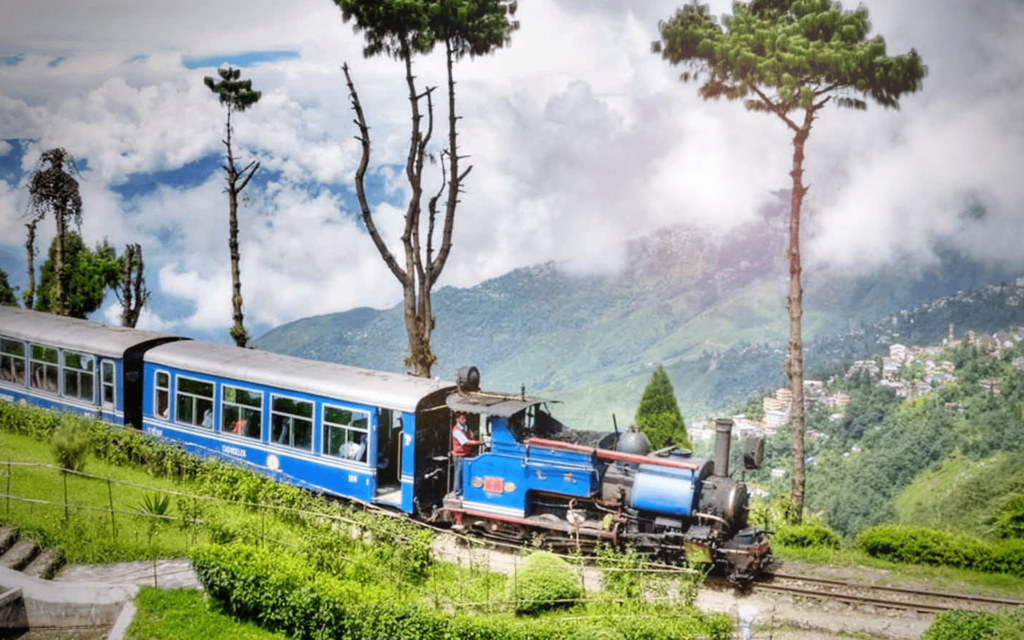 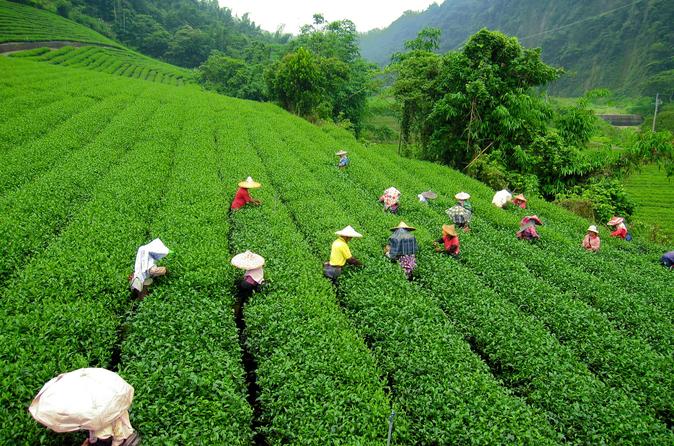 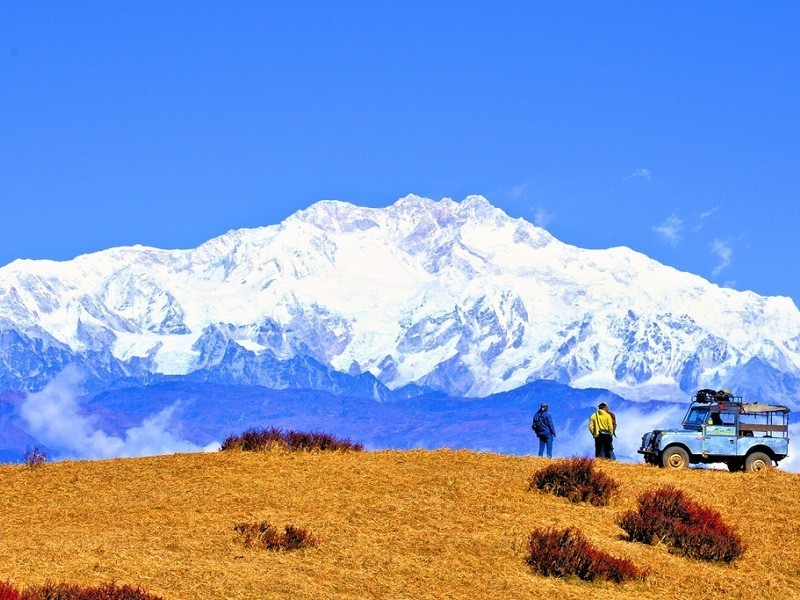 Sandakphu Phalut Trek is one of the few treks on earth from which you can see an incredible panorama of the world’s highest snowline, moving from the snow ensconced peaks of Nepal, Bhutan, and east to Tibet. If you wish to visit Sandakphu Phalut, you should contact Tripoventure to get the best package. There are no such viewpoints in the world from where you can see the four highest peaks, and that of also with a moderate trek. Sandakphu Trekking is so crazy among trekkers and adventure lovers from every corner of the world. So look no further avail our Sandakphu Trekking Package.

The Sandakphu-Phalut trekking route begins from Maneybhanjan, a small village in the Darjeeling hills, and from Darjeeling to Sandakphu distance is 59 km. Before starting the Sandakhu-Phalut trek, trekkers can base themselves in Maneybhanjan or Darjeeling. The journey can be completed in two days for a seasoned hiker. However, for regular or novice trekkers, it is more convenient to travel the distance from Maneybhanjan to Sandakphu in just three days. The Sandakphu Trekking Package arranged by Tripoventure will cover some of the best spots in the entire trek route.

Above all Sandakphu offers a breathtaking view of four of the world’s five highest peaks – Everest, Kanchenjunga, Makalu & Lhotse that forms a continuous snow-clad arc. There are also more than 600 varieties of orchids, the most to be found in a single geographical area. The region abounds in numerous rhododendrons, magnolias, primulas, orchids, and ferns. Around six hundred different species of birds live in the green emerald forests that lie on the slopes of mountains. From the middle of April until the 1st week of June, this region blushes with rhododendron bloom and spreads with a carpet of lovely primula and other alpine flowers.

Manebhanjan is a tiny village located close to Darjeeling and lies on the border of India and Nepal. Mountains and forests surround it, and it is a picturesque area with stunning views. There are a lot of homestays and trekking shops and an unpredictably high number of antique Land Rovers. This is the location from where the spectacular Sandakphu trek starts.

Phalut is the second-highest peak in West Bengal. It is located within the Singalila National Park, close to the West Bengal Sikkim Nepal border. You can find a small bunkhouse for the Indian Army at the top. The indigenous tribes living close to Phalut are known as Phalutians, and they have been worshipping the mountain as gods for over 300 years. They call the peak “Omna Re Ay.” Phalut is a further 21 kms away from Sandakphu. Manebhanjan is the starting point of the Singalila range; and it is where the trek starts for Sandakphu before moving on to Phalut.

Lepchajagat means the location of the Lepcha people or the Lepcha community. It is a small village in the wilderness at an elevation of approximately 7000 feet above sea level. The town is surrounded by wild forests of rhododendron pine, oak, and pine, with the beauty of nature. Mount Kanchenjunga and its surrounding peaks stretch all its power on the northern-eastern edge of Lepchajagat. This is an ideal place for nature lovers to stay in an offbeat place with a blend of nature and peace. The only sound here is the chirping of various birds in the morning and the sounds of cricket at night.

Darjeeling is a sprawling hill town in West Bengal and is one of the most popular tourist destinations in Northeast India. The hill town of Darjeeling is famous for its many tourist attractions that range from architectural wonders to lush green gardens, religious monasteries; holy shrines, tea estates, hills, Zoological parks, and many more. You can find the most well-known tourist spots within Darjeeling like Tiger Hill; Batasia Loop and the War Memorial, Rock Garden and Ganga Maya Park, Peace Pagoda, Nightingale Park, Observatory Hill, Himalayan Zoological Park, Raj Bhavan, and Himalayan Railway Station (UNESCO World Heritage Site).

The major attractions of the Sandakphu Package Tour are you can view the four great of the most incredible mountain peaks from the Sandakpu Top. They are:

One of the world’s eight-thousanders and the fifth-highest peaks; stand at an altitude of 27838 ft. visible on the right side of Mt. Everest from the Sandakphu summit on a clear day.

In Tibetan means “south peak,” which is the fourth highest peak (27,940ft / 8,516 m) in the world that can be seen from the Sandakphu viewpoint just left of the Mt. Everest.

Finally the most prized peak that lured every trekker on this route is Mt. Kanchenjungha. Standing at an altitude of 28,169 feet, one can behold these majestic peaks from handpicking distances on a clear day. Literarily known as the Sleeping Buddha with other clusters of its family, it will play hide and seek as you approach the range. Moreover, from Phalut, the cluster is so close that you can feel like touching the mountains. That’s the magic of Sandakphu Phalut Trekking.

Darjeeling-Sandakphu Tour Package for 6 Days at a glance

The breathtaking natural beauty of the North-East Himalayan mountain range attracts tourists from all over the globe every year. This is why we have come up with an amazing Sandakphu Land Rover package tour of six days, which includes all the key attractions of this incredibly beautiful place and its surroundings.

From traveling in Landrover and roaming the villages and famous National parks to witness the grandeur of the mountain range and capturing unforgettable memories, everything is included here in our Sandakphu tour package.

Needless to say, you will be staying comfortably in neat and clean hotels and homestays that are packed with every kind of basic amenities. Below, you will find the complete details of our day-wise Darjeeling-Sandakphu package tour itinerary.

Darjeeling-Sandakphu Tour Package for 6 Days at a glance

Arrive at Darjeeling from the NJP Railway Station or IXB Airport. Meet our representative at the station/airport and travel to hotel via cab. Check-in at the hotel and take the day off, meaning to enjoy it at leisure. Overnight stay at the hotel.

Take an early morning (4:00 AM) ride to Tiger Hill to watch the spectacular sunrise over Mount Khangchendzonga (World’s third highest peak), followed by a visit to the Ghoom Monastery and Batasia Loop.

After breakfast, take some time to visit the Himalayan Mountaineering Institute, the PN Zoological Park (closed on Thursdays), Tenzing Rock named after Tenzing Norgay – one of the first two men to climb Mount Everest, the Tibetan Refugee Self-Help Centre (closed on Sundays), the Tea Garden, Ropeway and the Japanese Temple.

End your day with another overnight stay at Darjeeling.

As the little town gets highlighted with the orange rays of the sun, while the busy locals get their vintage Land Rovers ready before the business hours, freshen up to experience the never before.

Post breakfast, check-out from the hotel, and hop into the 50 – 70 years aged Land Rover from the British era that continues to dominate over the narrow stretch from Manebhanjan to Sandakphu. Night stay at the Hotel / Homestay in Sandakphu.

At early morning enjoy the unforgettable sunrise on the Majestic Everest – Kanchenjungha Range from the nearest view point. You will get a spectacular view of four 8000 mtr peaks and many 7000-6000 mtr peaks, himalayan part of Bhutan – Nepal, Singalila ridge. If you are lucky then can witness ” Sea of clouds “.
Post breakfast visit to Phalut ( 21 km., ) by Landrover via Sabargram, Molle. Phalut route pass through the singalila ridge. You can enjoy the wide valley and Kanchenjungha range all along the route. On the way of Phalut you can drink a cup of tea near Molle forest check post. After spending an hour at Phlaut back to Sandakphu by late noon. After arrival check-in, get fresh. In the evening enjoy the magnificent sunset on the Kanchenjungha & many more snow covered peaks. Overnight stay at Sandakphu.

The morning in hilly areas is difficult to start, as the cold weather forces to stay under the warm quilt a little longer while a new destination waits to explore. After the morning meal, move towards Lepchajagat .
Nightstay at LepchaJagat.

In the morning you can stroll about in the small hamlet around. Later on, check out and drive to NJP / Bagdogra for return journey, and cherish your holiday forever.

Darjeeling is famous throughout the world for the tea it grows and the great view of Kanchenjunga range of mountains that it offers. … It is also known for its richness in cultural & natural heritage and the famous toy train that has been declared a UN heritage.

You can book ticket by simply visiting your nearest Computerised Reservation Counter in India or you can log in www.irctc.co.in for online booking.

Sandakpu is the highest point of west bengal and has great view of some of the highest peaks in world and Everest and K2 is cleary visible and whole range of Kanchunjaga is visible which is also called sleeping Buddha.

You needn’t to bother for any permits to do this trek, however having an individual guide (who take about ₹800 every day) is compulsory within the Singalila National Park, which begins after you cross Tumling, towards Sandakphu.

Get In Touch With Us

Open chat
WhatsApp
Hello!!! How can we help you?
ENQUIRE US

We are glad that you preferred to contact us. Please fill our short form and one of our travel expert will contact you back.